Five years ago, over Easter 2012, I realised a long-held dream and flew to Cuba with a friend. I don’t think anyone had ever put so much preparation into a trip. Grand Tours were nothing compared to this. This wasn’t about deciding which bikini and SPF factor to pack; we’d watched films and read books, we’d learned to dance salsa and my friend had even learned Spanish just for the occasion. We’d obsessed over Afro and Latin rhythms, read up on syncretic religions and on the agricultural revolution necessitated by the “Special Period” which followed the dissolution of the Soviet Union. In short, we were prepared. Or so we thought.

We weren’t confronted with outright poverty – the socialist welfare system takes good care of that – but we were very aware that what we were spending on a dinner plus mojito, or on a night in a casa particular, was what most Cubans would earn in a month. We saw the echoing, empty shops and the queues outside the grocery stores with residents wielding ration books. On our final night, we were even shown a ration book by our casa host, and it was disturbing. We learned that we’d eaten the equivalent of a week or so’s supplies – just for dinner. Finally, we understood why everyone had been asking us for pens, soap, toothpaste; even if you manage to make a bit of money here, you can’t get these items as they are so scarce on the island. Extra cash is pointless when there is nothing to spend it on.

Desperation does strange things. Having spent time in Latin America, I’d anticipated a certain kind of male attention, but I certainly hadn’t expected the clingy women, the overly friendly couples, the well-spoken grandfather who got angry when we didn’t fall for the classic baby milk scam. Male travellers we met along the way were even more shocked by the attention they received – from men on the street, from women in bars, from the unrequested prostitutes “kindly” deposited in their guesthouses, whose taxi fare they had to pay to get rid of. And the ones accompanied by their girlfriends really didn’t expect to find themselves with Lycra-clad Cubanas draped across their laps in local bars. Nor did their incredulous partners. Elsewhere, it’s about sex. In Cuba, it’s about money – so any foreigner is a target. There is nothing to lose.

To be fair, this behaviour couldn’t have contrasted more to that of our casa hosts – who went out of their way to ensure our safety and comfort. We stayed in casas particulares throughout our journey from Havana across Western Cuba. The casas are a kind of Cuban Airbnb, one of the only forms of free enterprise permitted on this communist island, along with paladar restaurants and taxis. Our hosts were architects, engineers, people who had realised they could make far more money – and have access to the hugely valuable convertible peso – if they cooked and cleaned and hosted tourists, than if they pursued their careers in petrochemical engineering.

We took taxis driven by doctors; everyone was in on it. But the paradoxes were mind boggling. I had spent time in developing countries, in rural areas without electricity or running water. I’d visited subsistence farmers and township dwellers and tribal people living in mud huts. I knew what poverty looked like – and it didn’t usually have a framed Masters certificate on the wall and half a dozen letters after its name. Highly educated, qualified, experienced people were not supposed to be in this position – and certainly not a whole island of them, aching to feed their hungry brains. Years-old magazines were passed around like prized possessions. Street stalls sold books – novels, Che Guevara autobiographies, political manifestos. I’d not seen these stalls in the African villages. It was unsettling, and, like almost everyone who goes to Cuba and explored beyond the beach resorts, it was deeply thought provoking. I was forced to rethink my what I thought I knew about politics, Castro, equality. It was also my first and only encounter with “Big Brother”, of being hushed on the street, of finding people who would only speak about certain things in the relative safety of taxis or their own homes, even subjescts that seemed innocuous.

Left: is this a WiFi hotspot now? Right: Not the kinds of stalls seen in African villages

Five years on, and things, I am told, look rather different in Cuba. Fidel Castro, whose influence had long been in decline, is dead. The US embargo is over. New ties have been created, Americans can visit Cuba, as can cruise ships. It’s becoming easier for Cubans to set up business, and the Internet has arrived. In 2012, I was cut off from the world for a blissful fortnight; the one dial up connection we encountered being too slow to even contemplate using. Now WiFi hotspots abound.

But would I go back? No.

“Going to Cuba before it changes” has always been the persuasive – if misleading – tagline of holiday companies. Cuba has always been changing, as has the rest of the world, although at times the Communist island seemed to be travelling backwards rather than forwards, which was, for many, its appeal. But now it’s changing unbelievably fast. For the Cuban people, I’m happy. I hope one day they’ll be granted the freedom to leave their beautiful island prison. I’m happy that the Cubans I met can now buy houses, start businesses more easily, look towards the future rather than thinking of it being a bleak continuation of the present. I’m happy that they may not have to rely on their antiquated water pumps for much longer, that they might have new, more efficient cars to replace the classic but crumbling vintage models they have repaired and renovated endlessly for 60 years. There is a certain nostalgia, thinking that soon, Starbucks and MacDonalds might open their doors in Havana, that Cubans might now spend more time on Facebook than dancing salsa, that those stunning colonial buildings will be snapped up by property developers and marketed to wealthy Floridians looking to cash in on the boom. But that is the price of progress, and freedom.

But that’s not why I wouldn’t go back.

I wouldn’t go back because while the floodgates have opened to tourists, they still haven’t allowed more food onto the island. As the New York Times reported, Cubans and foreigners are now in direct competition for limited food supplies – and it’s not hard to figure out who’s going to win these hunger games. Private restaurants and cooperatives can buy in bulk and set their own prices; government-run stores are left empty. And a 17 percent year-on-year increase in tourism hasn’t just put pressure on food supplies; the delicious Bucanero beer is also running out, reports the Independent. 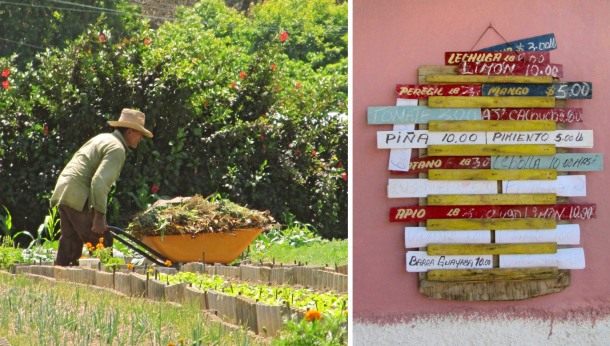 The type of tourism has changed beyond recognition, too. It’s immensely hypocritical of travellers to dismiss somewhere because it’s full of other travellers – and the presence of other tourists has never been something to put me off. Indeed, I’ve met close friends while travelling – including in Cuba itself. But when holiday reviews now contain the horrified phrases “I’m giving this holiday one star because it’s such a noisy country and there are potholes all over the roads”, “I don’t get what the fuss is about – this is not a nice Caribbean beach destination” and “it’s as if nothing has changed since the 1950s!” (I kid you not), then you know you are dealing with a very different kind of visitor – and one who is maybe coming here because of the hype, not because they actually want to experience Cuba.

Worse still are the new “voluntourism” cruises that stop off in Cuba for a whopping three-and-a-half days, dumping up to 700 passengers at a time on the island, to build, plaster, harvest, cement and generally make a nuisance of themselves. Cubans are amongst the most resourceful, highly educated and skilled people I have ever met – a whole island of unemployed engineers with cars dating back six decades that they somehow have to keep on the road. It’s debatable whether any country ever really needs a cruise ship load of unskilled holidaymakers descending on them, but if any country really, really doesn’t, it’s Cuba.

Cubans can fix anything

Finally, and more personally, my time in Cuba was made so special by our casa particular experiences. We’d booked nothing beyond our first couple of nights in Havana, but our hosts hooked us up with their brother-in-law across the street and and old student friend in Viñales, making us feel like we were never with strangers. We travelled across the island on the journey that they sent us on, greeted like old friends each time. But with visitor numbers soaring, not to mention the arrival of Airbnb formalising the whole casa-booking process, travelling there without plans would be a risky business now. At one point, unprepared tourists were reportedly sleeping on park benches. 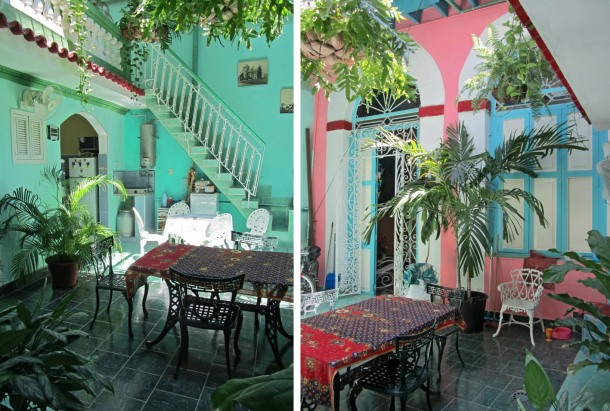 So for now, I’m not planning to go back. Not any time soon. I’m glad I visited Cuba when I did, but I think the spark might have gone for me, for now. I’ll report back in another five years, perhaps.