Being the Change / UK

Last week I found myself in London’s Victoria Station with half an hour to kill before my train arrived. I wandered into WHSmith to browse the books – and gravitated towards the travel literature section. Five shelves lured me in with their titles: To the Ends of the Earth, Long Way Down, Walking the Americas.

But the longer I lingered, the more I realised – I was searching for female names. Almost all of the authors were men. As a female travel writer, I’d like to believe that one day, I could have a book with my name on it on those shelves – but the spines were telling me otherwise. 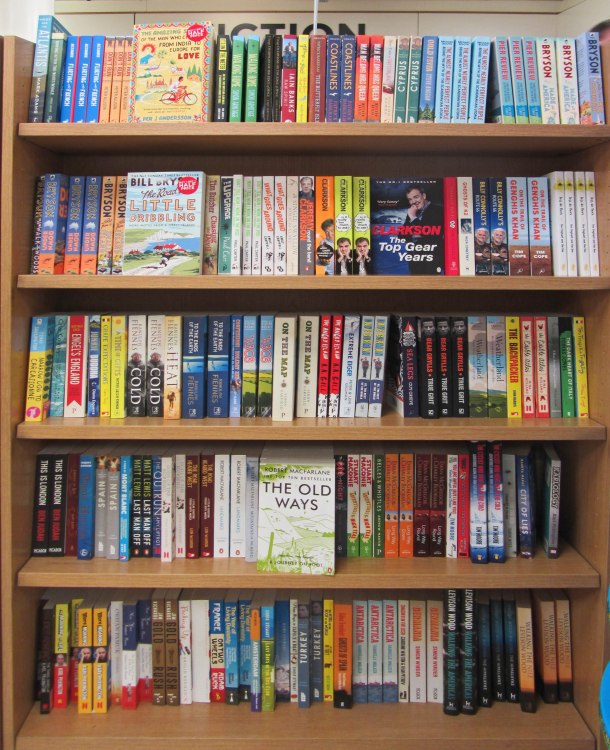 The travel literature bookshelf in WHSmith. Where are the women…?

There were women in there, tucked between the Robert MacFarlanes and Ranulph Fiennes, but very few. I did a rough audit:

Despite the tiny number of women in there, they were quite easy to spot – because they had squiggly writing. I do love a bit of typography and have worked on and off as a graphic designer; I know that fonts are not incidental. On something as prominent as a book cover, somebody – quite possibly a team of people – will have spent a considerable amount of time choosing, rearranging and approving that lettering. And that team had decided that these books could be summed up by “squiggly”. Not in Paul Theroux’s classic Times New Roman, or in Bruce Chatwin’s bold sans serif. No, these were girly books and a girly font was needed. So maybe the travel section wasn’t telling me that I couldn’t write travel books; what it was telling me was that I needed to write curly, girly ones. Women: know your place.

What does that mean? Well, it seems that I need to write about love, lust and lipstick. That my travel tales need to be validated by a man, and that, as a woman, my inner journey is more important than the outer one (hello, Elizabeth Gilbert).

Only one of these books on Waterstone’s travel literature page is written by women. Can you spot it…?

Just to clarify – there is nothing wrong with these books (ok, I have issues with Eat, Pray, Love but we’ll save that for another day). It’s just that – what if I want to write a book that doesn’t talk about my relationships, where I don’t “find myself”, and which doesn’t have the word “love” in the subheading? Is there space for me? 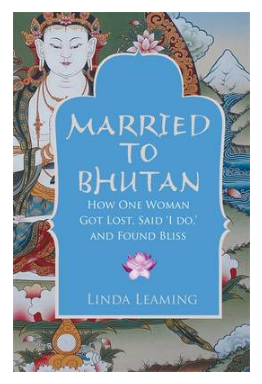 Ok, it’s more handwritten that squiggly – but that’s ok because it’s still about a woman who “got lost, said ‘I do,’ and found bliss.”

Some time ago I watched the films Wild and Into the Wild in quick succession. Both biopics tell the stories of 22-year-olds at turning points in their lives, who pack everything they need into their backpacks and hit the road in search of nature, wilderness, and themselves. One did so in response to a failed relationship. The other as a rejection of the modern world. Both are quite naive and ill prepared – one of them is seen as rather silly, though fortunately this one runs into a much more experienced man along the way, who sorts out the backpack and ill-fitting boots. The other’s innocence make them seem brave and inspiring. Can you guess which of the characters is male, and which female? And can you guess which of the films ends with the lead character getting married and having children – the only possible happy ending, no matter how intrepid you are, and how unbelievably mentally and physically strong you have been to have completed a 1,100-mile trek, alone?

As The Guardian reports that less than a quarter of the books submitted to the 2017 Dolman Travel Book award were written by women, why is it that there are so few female travel authors – and of those that do get published, so many are of the squiggly font, “love and life” variety?

I can personally testify that it’s not because women don’t travel; I have a fabulous gang of feisty female friends, many of whom travel solo, and those that have male partners generally find themselves to be the more intrepid of the pair. Even hardcore adventure is not out of the female grasp; Ellen MacArthur, Kate Adie and Exodus tour leader Valerie Parkinson are proof of that. So is it, then, that women look at these titles, and subconsciously pigeonhole themselves? Or – more worryingly – is it that publishers reject travel manuscripts crafted by women unless they fit the “love and life!” mould?

Is it, perhaps, because the adventure travel narrative – I’m looking at you, Levison Wood and Simon Reeve – is aimed at men, and men want to read men? Would they feel emasculated to read about a woman who had kayaked the length of the Nile, or hauled a sled across Antarctica, or beaten them to the top of Manaslu (Valerie, again)? Is there a fear of inspiring a generation of girls to live in the jungle for a month, camel trek across Australia or circumnavigate Wales with a donkey? We already know the female adventure market is poorly catered for; outdoor gear must be the only clothing line where there is far more variety for men than women, and backpacks and other, supposedly unisex, accessories are just the wrong shape and size for female bodies. Looking at this article, it seems I’m not the only woman who has realised that I fit better into outdoor clothing designed for a 12-year old boy, than into items allegedly designed for women. And the women’s lines that do exist? If you’re not into dayglo pink – forget it.

Women learn early on that the only acceptable colour for hiking in is fuchsia. Photo: Stephen Fulljames.

Perhaps the other issue is conflating extreme adventure with travel writing. Adventure can make for a marvellous story, of course. But unfortunately, the abundance of TV series trying to be ever more original and outdo each other means that travel shows are increasingly about strapping males trying to pogo the length of the Yangtzee, survive in an alligator-infested swamp or taking part in a drug raid in the Dominican Republic. I only made one of those up. And perhaps – to promote a gender stereotype – women are less likely to subscribe to the “because it’s there!” mentality that drives men to reach peaks and poles. But that doesn’t mean we don’t want adventures – we’d just like ones that have more meaning for us.

Bill Bryson has shown repeatedly that travel writing doesn’t have to be based on dangerous settings, or pushing your body to the absolute limit. Looking through the WHSmith shelves again, there are women who have written in this way too – without the pendulum swinging right across into the “love and life” realm. Emily Chappell’s What Goes Around, for example, tells the story of her daily life as a cycle courier in London. Ramita Navai’s City of Lies documents life in Tehran (ok, so the tagline is “Love, Sex, Death and the Search for Truth in Tehran” – but it doesn’t seem to be her love or sex she’s depicting). And in The Edible Atlas, Mina Holland takes us “around the world in 39 cuisines.”

On International Women’s Day, don’t just toast with your friends, or read a few inspiring articles, or go on the #March4Women. Take action, and support pioneering women directly, by buying and reading their stories. Choose the curly, girly ones if you like – or choose the ones stamped boldly in Impact and Times New Roman. If you’re not sure where to start, how about picking up Jacki Hill-Murphy‘s Adventuresses. Jacki retraced the steps of historical women who carried out daring expeditions (travelling up the Amazon in the 1700s, taking on Himalayan passes, and horse riding across Siberia), but have been forgotten by history.

Better still, pick up a pen – or a laptop – and start writing about your own travels – to Cornwall or Cape Horn – and the people you met along the way. Just as long as you didn’t end up marrying them…

8 thoughts on “Curly and girly: What it takes to become a female travel writer”